what do our customers say?

Our customers rate us No. 1 across the web:

"We had an incredible service provided by Pure Maintenance. Started with Sam doing an amazing job in explaining the service and helping me book and it was followed by...

...by the amazing Jared, that came to do the whole thing and was super clear, friendly and caring. Highly recommended!"

"This is a company that actually cares about their customers and the work. Pure Maintenance provided an amazing service for air testing and the communication is...

...second to none. Tim was unbelievably helpful, taking the time to listen carefully to the issues we're facing and sharing lots of useful information and support. We will book again for some follow up work. I cannot recommend them highly enough."

Thank you very much

"Phil from Pure Maintenance was so helpful today on our home visit to fix our mould problem which had spread around the whole of our apartment and was worse near...

...the windows and bathrooms. He was very friendly, approachable and made me and my wife feel very at ease with the whole process from start to finish. He swept through the whole flat killing of all of the mould with the fog and cleaned off the worst areas for us. We instantly felt the difference when we came back home later in the day. The process was very clear, precise and we wouldn’t hesitate to use Pure Maintenance again, although the job was that well done and the specific advice to keep on top of the humidity in our home was very helpful I don’t think we’ll have any problems now with the help of Phil and Pure Maintenance, thank you very much."

It seemed to good to be true...

"It seemed too good to be true but after many conversations with Sam in head office I was convinced and booked them in for the following week. They fogged, cleaned and...

...sprayed, it was very efficient and we were only out of the house for 5-6 hours. There was a very slight lingering smell of vinegar but that was gone by the morning. As we had hardly any more visible mould left in the house it was hard to tell if the treatment had been successful but I am now writing this review 2 months later and we've had no more mould regrowth and the house genuinely feels fresher and cleaner."

James came to do the removal of moulds in my house. I showed him all the rooms and where I am having issues. He explained the process and I left him to get...

...on with it. James also messaged me when he needed further information and keeping me updated. By 2.30pm he was done. James was really polite and helpful and answered any questions I’ve had. I would recommend the company.

My home is so much better

"James came today to treat my home and get rid of mould that has appeared. He was extremely knowledgeable and explained everything really clearly. He told me...

...what I can do to improve things, I found this really reassuring. James was very thorough and my home is so much better already. It's good to know its now more healthy! I highly recommend Pure Maintenance money very well spent. Thank you."

"We have had mould in our property for many years, to the extent, it was causing health issues. Sam and Martin carried out mould removal and the difference is phenomenal...

...The air is cleaner and we can feel the difference. Both Sam and Martin were extremely professional and cleaned the house before leaving. I would definitely recommend Pure Maintenance and I would call them again if needed. Thank you for the great service. Much appreciated.

"Would definitely recommend this company if you have any water damage or mould issues in your home. They were excellent in answering questions I had and giving me...

...time to discuss the problems or any concerns i had. Dane and Martin who carried out the work were incredibly thorough and helpful. Especially like that they use non-toxic products and have amazing customer service."

"From the first contact I had with Pure Maintenance I was impressed by their knowledge and expertise in this subject. They explained in great detail the treatment...

...process and what this would involve. All work was carried professionally and on time by the technicians, Sam and Martin, great guys and nothing was a bother to them. I have no hesitation whatsoever in recommending Pure Maintenance for an excellent reliable and very efficient job."

"The service provided by Pure Maintenance was first class - great guys, highly informative, professional - and a non toxic and effective treatment. Having lived with mycotoxin...

...illness from black mould for some time, I now feel assured my home is safe - this is evidenced by the pre and post treatment test results I received. As Sam himself also suffered from the illness, he is genuinely motivated to help others resolve mould issues and ensure they don’t return, with he and Josh providing lots of good advice and after treatment support. It was indeed a pleasure to spend time with them both in my home." 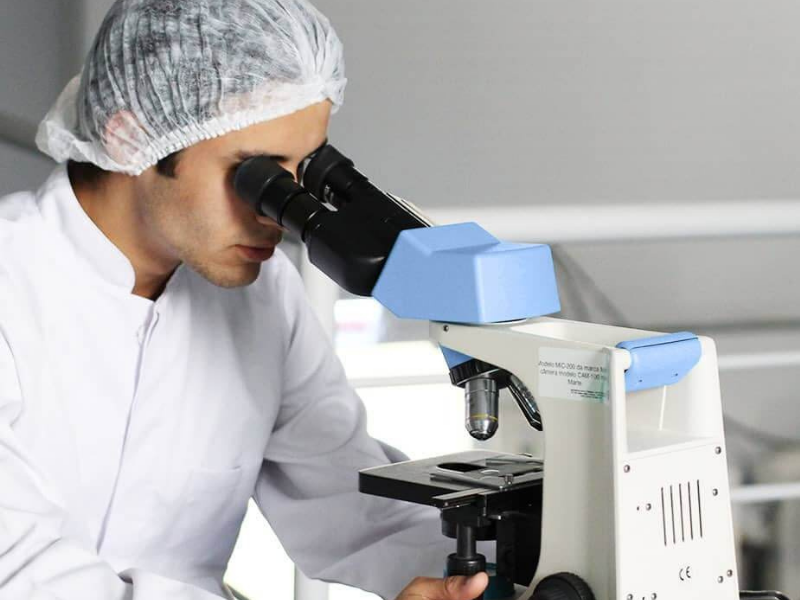 take the guesswork out of it

Our mould tests provide the data to understand the following:

The results of your air tests are fed into a personalised dashboard designed to help you understand the data through intuitive visuals. Our air tests provide fact-based insight into the health of the home, the cleanliness of its airspaces and if any mould remediation is required.

There test we recommend typically depends on your objectives, budget and use-case. Read more below:

This test captures mould spores in a mould trap. Captured spores are then cultured on a growth medium (i.e Petri dish). Any living (viable) spores reproduce and grow and the species are identified and recorded. 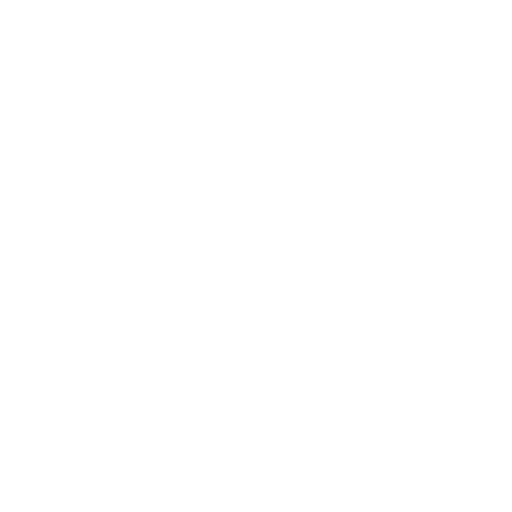 This test also captures mould spores in a mould trap. Whether alive (viable) or dead (non-viable), the captured spores are analysed. The genera (types) of the captured mould spores are identified and recorded. The spore count per cubic metre is calculated, giving an indication as to the scale of the growth and risk to health.

A sample of air is collected and a vast array of airborne contaminants are collected. They are then analysed and any byproducts of any indoor mould growth (mVOCs) and other indoor pollutants (VOCs) commonly found indoors as a result of building materials and a wide range of household and lifestyle products are recorded. This gives an indication of overall indoor air quality.

This test uses a dust sample collected from the property. The dust is analysed using a DNA-based method called MSQPCR. All mould DNA, viable and non-viable, is identified and recorded and the ratio of water-damage mould species and common indoor mould species is calculated to provide an indication of unhealthy mould conditions. 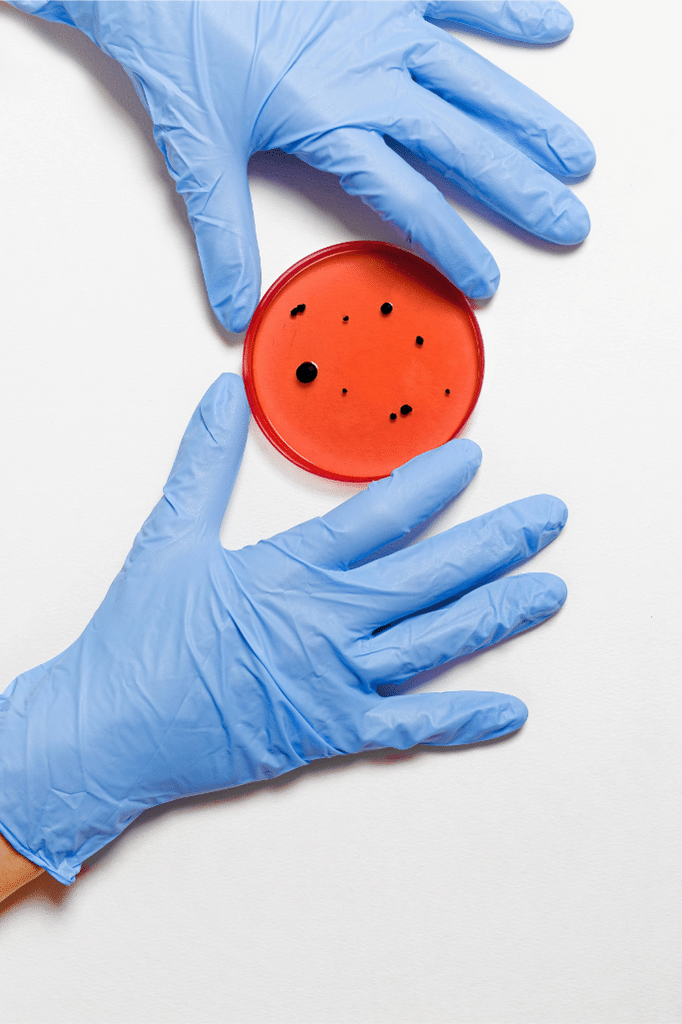 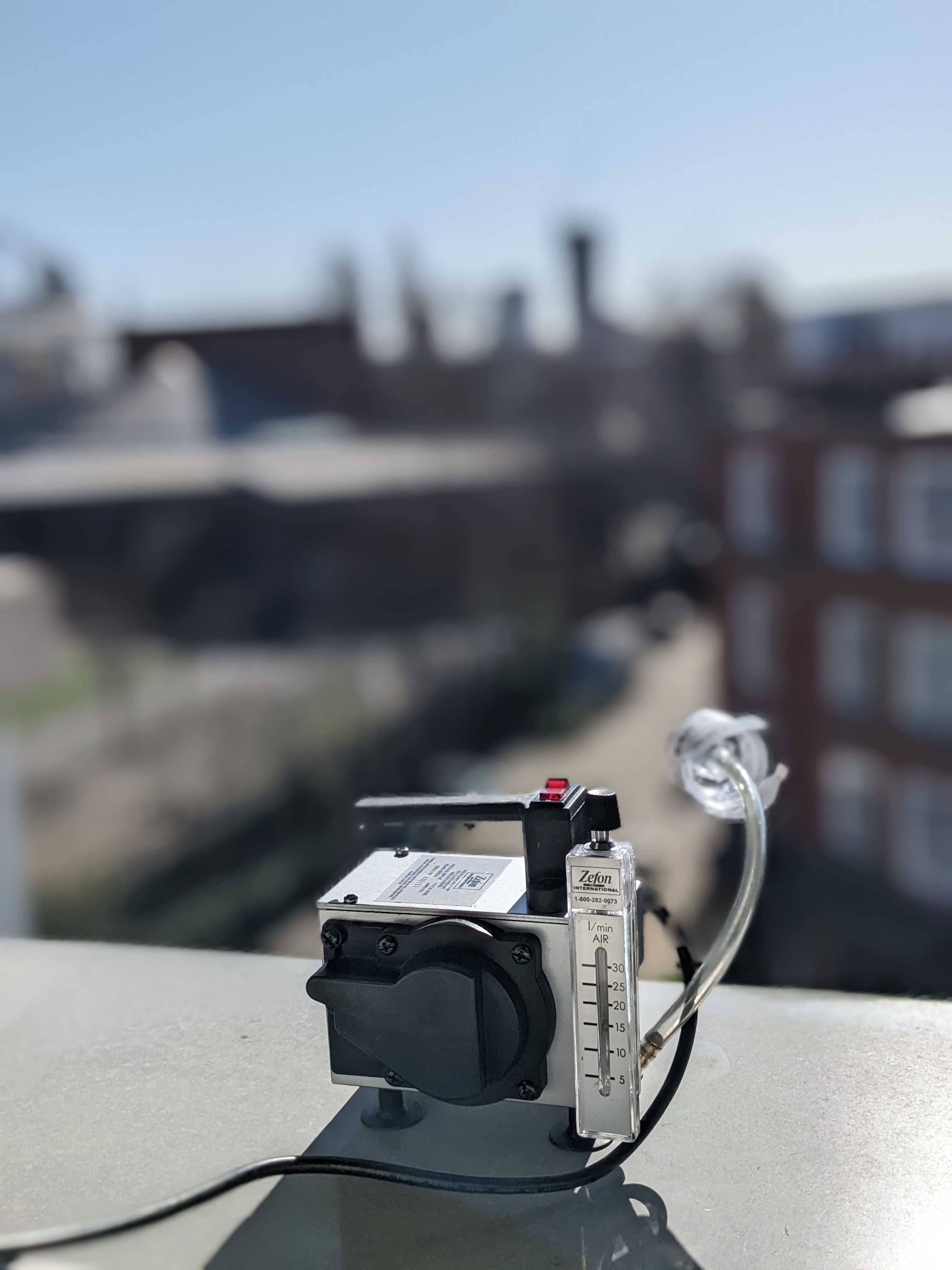 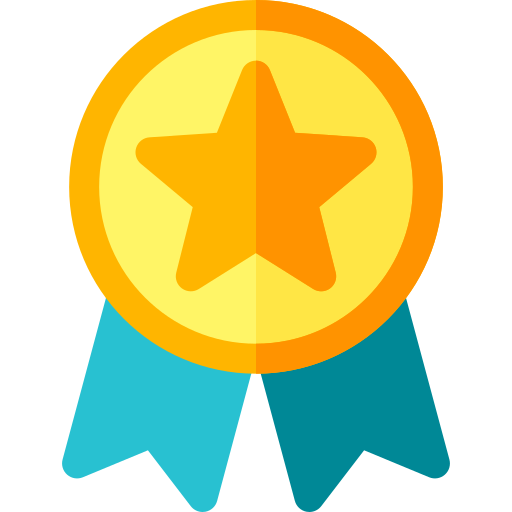 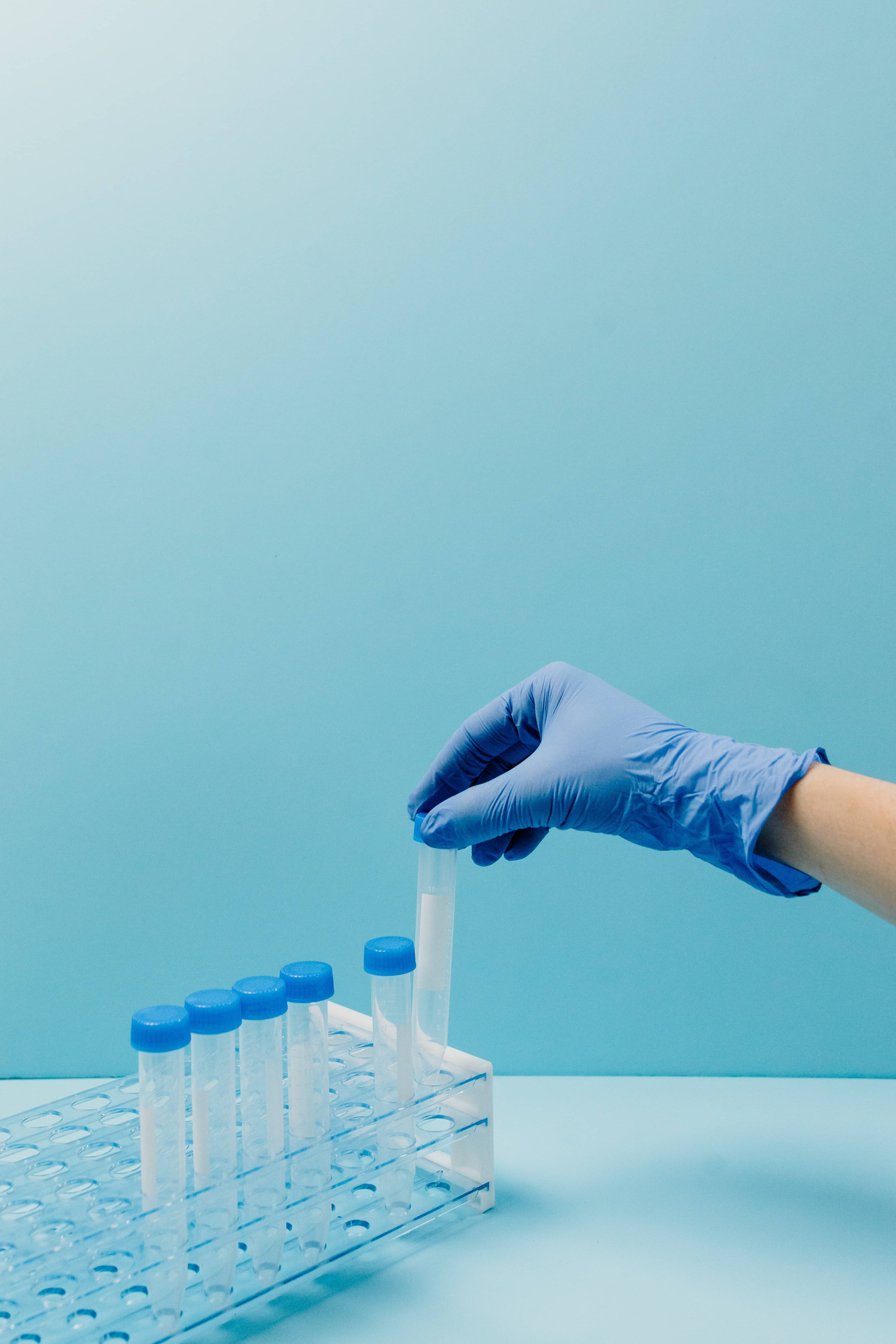 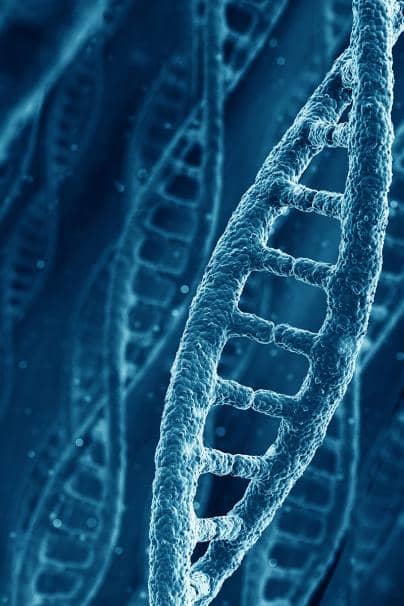 get a quote for mould remediation

Already know you've got mould? Our innovative, patented mould remediation technology is truly market leading. We eradicate mould with our dry fog sterilant, our technicians remove any visible mould colonies and we lay down our anti-microbial film on all surfaces, creating an inhospitable environment for mould subsequent to our treatment.​​

Leave us your details using the button below and our quick response team will get back to you. Our in-house experts will talk you through our services, pricing and will tailor a treatment plan based on your unique circumstances. 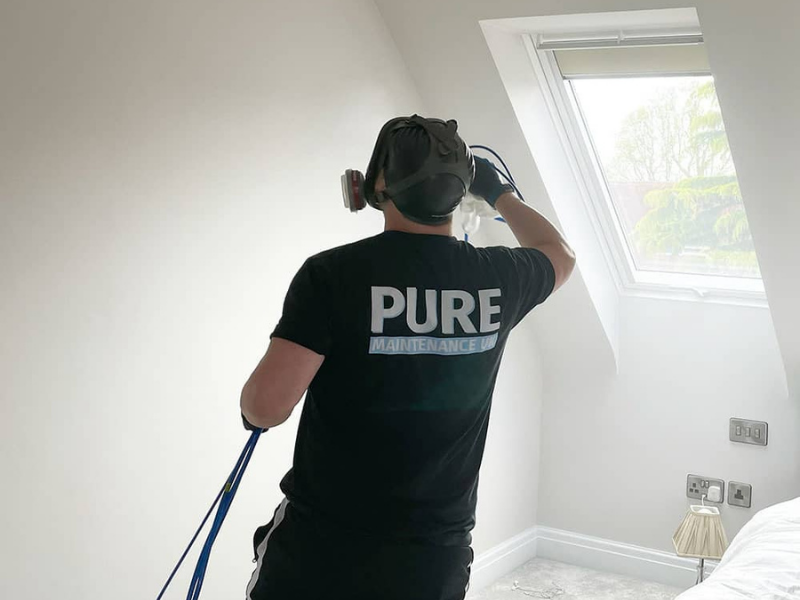